CINCINNATI — To tell the story of Cincinnati is to tell the stories of the various groups of immigrants and settlers who helped found the city on the banks of the Ohio River more than two centuries ago.

What You Need To Know

Over the past 200 years, few groups have shaped day-to-day life in Cincinnati as much as the local Jewish community.

A new exhibit at Cincinnati Museum Center at Union Terminal honors that history by showcasing the influence of Jewish culture had and continues to have on the Queen City.

Sarah L. Weiss, CEO of the Nancy & David Wolf Holocaust & Humanity Center, said the exhibit highlights the “vibrancy, inclusivity and complexity of Jewish history and culture in the Queen City.”

The exhibition touches on various aspects of Jewish traditions and culture, including food, art and religion. It also shares stories of both prominent and unheralded Jewish Cincinnatians who’ve influenced everything from medicine to social justice movements to the sports jargons we use today.

“From the creation of the Chestnut Street Cemetery in the 1820s to the diverse and growing community we have today, the city we love has been and will continue to be deeply influenced by the Jewish community,” Weiss added.

“Our Shared Story” begins as the Jewish community in Cincinnati did: with immigrants arriving in the early 1800s.

One of the first Jews to settle in Cincinnati was Joseph Jonas, who founded the city’s first Jewish cemetery in 1821 on a small corner lot on Chestnut Street in the West End.

Jewish families had lived in the area since at least 1817. However, it was the establishment of the cemetery that marked the beginning of a formal Jewish life in Cincinnati.

Immigration is a theme throughout portions of the exhibit. Suitcases, trunks and immigration and naturalization papers tell the stories of Jewish men, women and families moving to the region in search of a better life and a place to express their faith.

You can’t tell the story of Jewish Cincinnati without the rich, and sometimes complex, history, of the practice of Judaism.

The exhibit explores the basic tenets of the faith and the Torah, along with religious items including a yarmulke, dreidel and menorah. It features a table set for a Passover seder, a family or community service, including a ceremonial dinner, which symbolizes the importance of family and traditions.

The museum invites guests to explore recipes, look at the utensils and layout and compare it to their own holiday experiences. 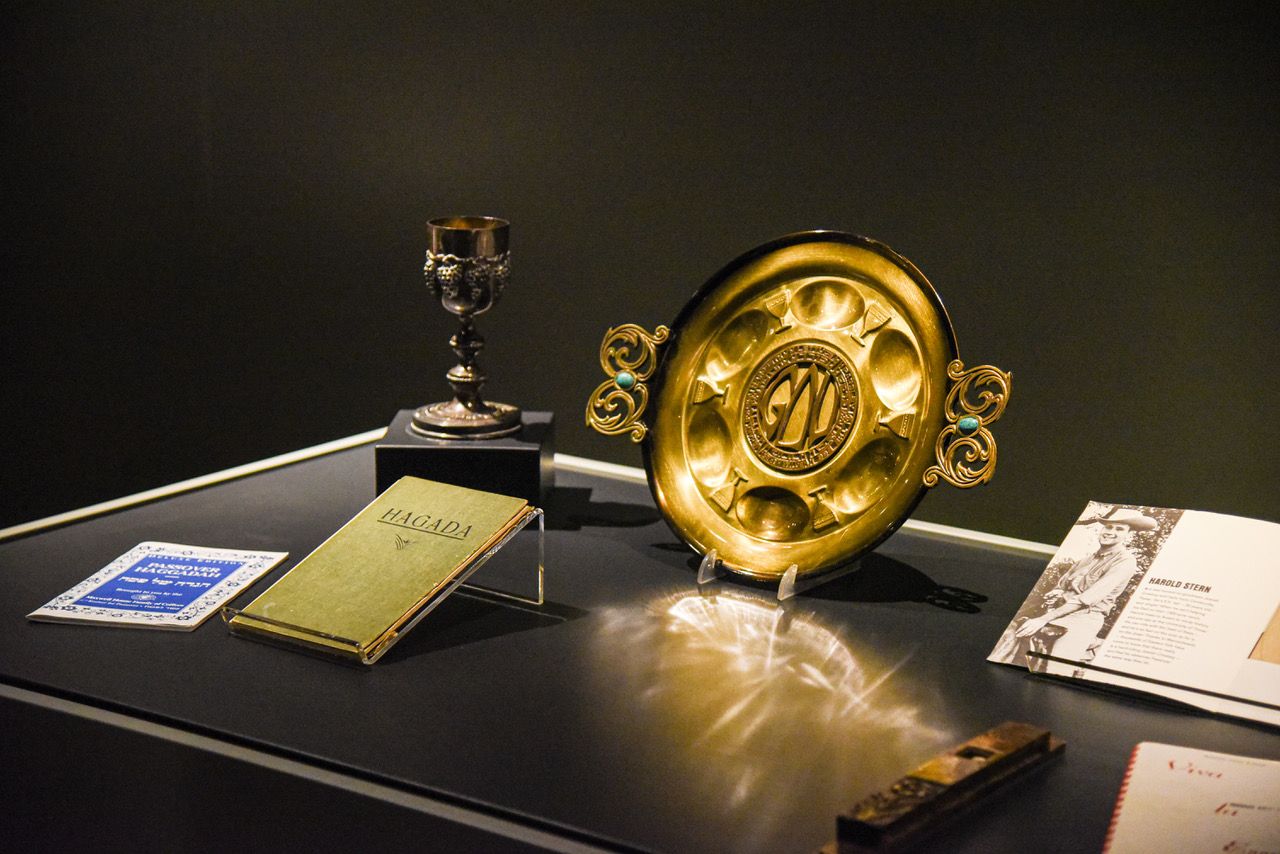 ‘Our Shared History’ focuses on the social and religious elements of Jewish life in Cincinnati. (Photo courtesy of Cincinnati Museum Center)

Many of Cincinnati’s earliest Jewish settlers laid the literal and figurative cornerstones for Jewish life.

Books and diaries from some of Cincinnati’s most prominent Jewish religious figures, such as Rabbis Isaac M. Wise and Eliezer Silver, who many consider the father of reformed Judaism and a leader in Orthodox Judaism, respectively.

Wise guided the construction of the historic Plum Street Temple, constructed in 1866 in downtown Cincinnati. It’s considered the “fountainhead of Reform Judaism in America,” according to the congregation’s website.

HUC is the oldest rabbinical seminary in the United States. For 147 years, it has produced rabbis to serve in communities across the country. But the institution’s board of governors voted in early April to sunset its rabbinical program by the end of the 2026 academic year ..

The school will not close and on-campus academic resources at the Cincinnati campus — the Klau Library, the Skirball Museum and the American Jewish Archives — will remain open as well.

Those institutions played a key role in helping to put together the “Our Shared Experience” exhibit.

More than just a religion

The Jewish experience in Cincinnati isn’t solely about religion. Throughout the past two centuries, Jewish Cincinnatians have influenced various aspects of life — art, business, medicine, music and sports, among others. 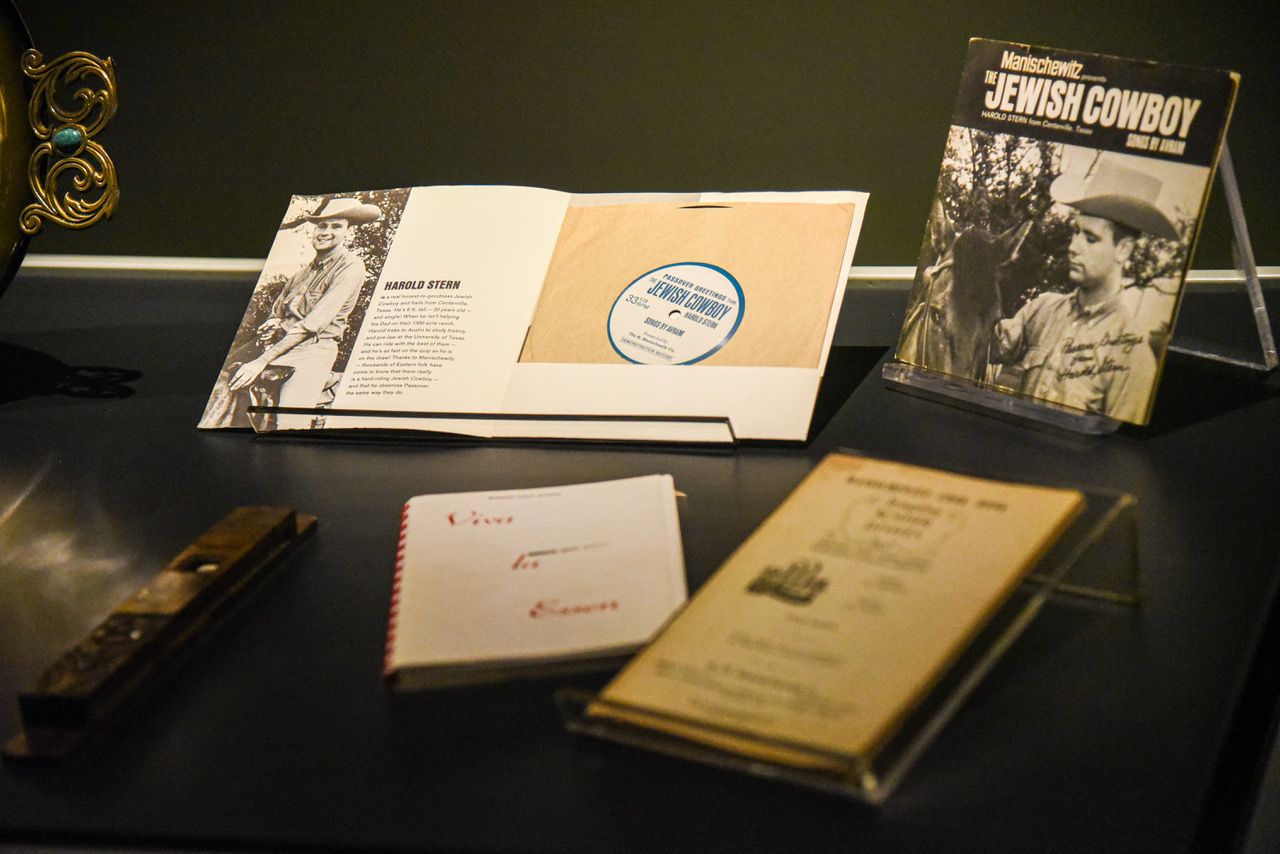 Jewish Cincinnatians have contributed to all facets of local life over the past 200 years, including in arts, business, politics, sports. (Photo courtesy of Cincinnati Museum Center)

“Our Shared Story” shares memories of iconic names and brands started by local Jewish families, such as Kahn’s, US Shoe, Standard Textile. It also shines a light on some of the lesser known, but just as integral, figures as well.

Albert Sabin and Henry Heimlich, both of whom were Jewish, may not be household names, but their medical innovations have combined to save thousands of lives over the years.

Sabin, who for a time served as a doctor in Cincinnati, developed the oral version of the polio vaccine. Heimlich is best known for the maneuver that bears his name.

In terms of social services, the Jewish Hospital was formed in response to a cholera epidemic for treating the affected Jewish population of Cincinnati and provided a “respectful space for Jewish patients,” according to the Museum Center. The United Jewish Social Agencies led to the creation of Big Brothers, Big Sisters and the United Way. 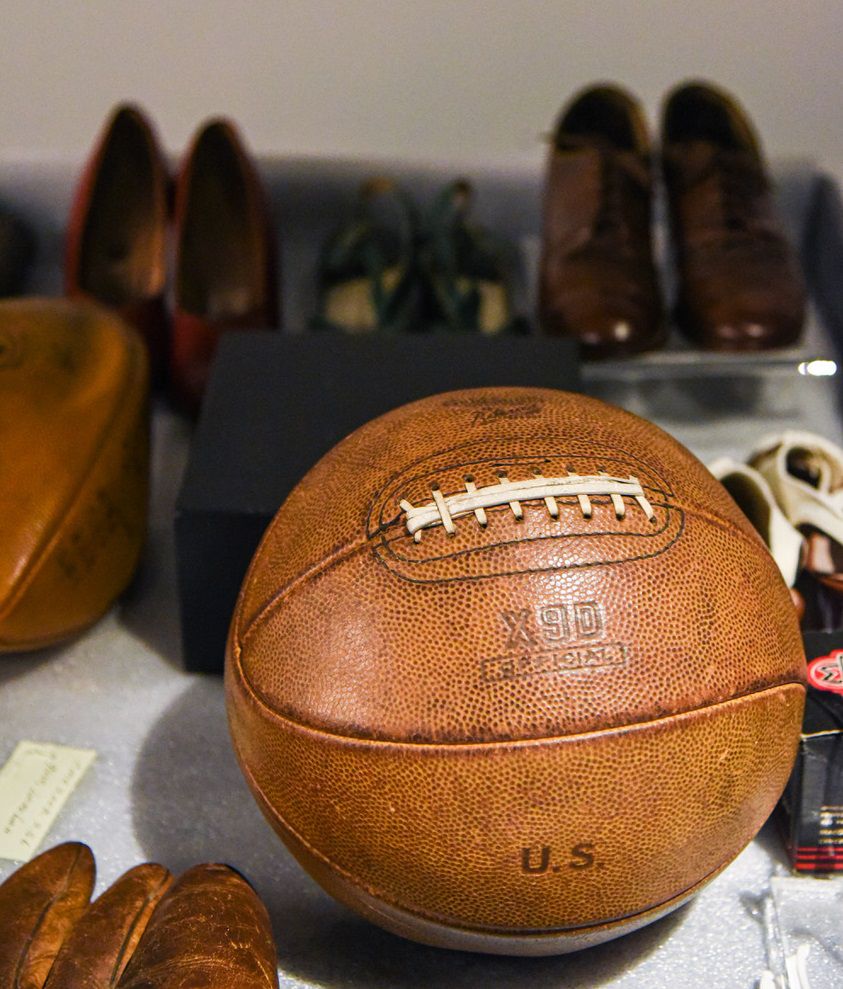 One of the displays in the’Our Shared Story’ exhibit. (Photo courtesy of Cincinnati Museum Center)

The exhibit displays military uniforms and objects to tell the stories of Jewish veterans. Among them are Charles Stix, a Marine in World War II, and Robert Marx, a Marine who founded Disabled American Veterans in Cincinnati following his service in World War I.

Peppering the Cincinnati arts scene are family names like Krohn, Aronoff and Rosenthal. And you can’t tell the stories of King Records or the Cincinnati Reds without noting the Jewish influence on each of them.

“’Our Shared Story’ is a fitting name for this exhibition because the story of Cincinnati, the story of who we are as Cincinnatians, has been so intrinsically shaped by our Jewish community,” said Elizabeth Pierce, president and CEO of Cincinnati Museum Center “With this exhibition we want to share Jewish culture and celebrate, together, the contributions that have built and are building the city we love today.”

The exhibit is part of the ongoing Jewish Cincinnati Bicentennati, celebrating more than 200 years of Jewish community life in Cincinnati, which formally began with the founding of Chestnut Street Cemetery.

To commemorate the milestone, the Bicentennial Committee arranged a series of community celebrations and events between 2021 and 2022, beginning with last year’s Ish Festival.

The list of events includes more than 50 happenings, ranging from genealogy exercises and cultural events to concerts with the Cincinnati Symphony Orchestra and art exhibits.

“Our Shared Story: 200 Years of Jewish Cincinnati” is included with admission to Cincinnati Museum Center or the Nancy and David Wolf Holocaust & Humanity Center.