The ceremony, held at the Georgetown-Williamson County Veteran’s Memorial Plaza, included a flyover by the Falcon Flight Team, remarks from local elected officials, musical numbers by the 36th Infantry Division Band of the Texas Army National Guard, a color guard provided by the Alexander Hamilton Chapter of the Sons of the American Revolution, and an address by General Robert B. Neller of the US Marine Corps (retired).

“This Memorial Day ceremony is sponsored by the Sun City Texas Community Association to help us remember the true meaning of this holiday,” Captain Jim B. Robinson, US Coast Guard, Retired, said at the ceremony. national awareness and reverence honoring those Americans who died while defending our nation’s freedom and our treasured values. We should honor these heroes every day. Remembering the nation’s fallen is among our most sacred American traditions. ”

Williamson County Judge Bill Gravell and Georgetown Mayor Josh Schroeder also addressed the attendees, both honoring the service and contributions of those military members living and those who have passed.

“This community would not be what it is, if not for the sacrifice in service of those that we’ve lost and those who make this community their home,” Mayor Schroeder said. we’ve lost. We honor the families who lost [loved ones]. ””

Veterans from across the decades stood and were recognized, and Texas National Guard band also treated the audience to the Armed Forces Medley. The keynote speaker for the event was Retired US Marine Corp General Robert B. Neller who shared a story about Marine Corporal Eric Lueken , who was killed in Al Anbar Province, Iraq in April 2006, and how important it is to pay respects and honor all those who serve in the armed forces. 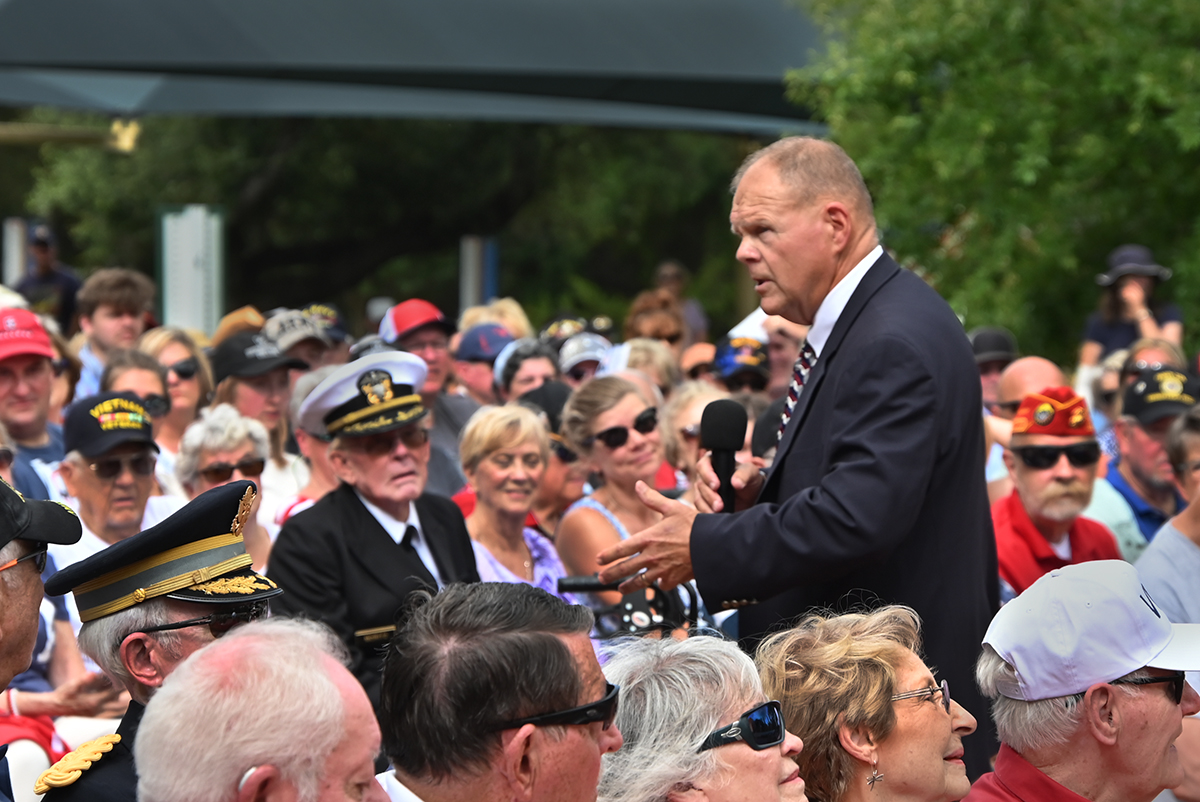 “Don’t forget the service that these men and women render,” General Neller said. “Don’t forget that. They didn’t have to go…. God bless you all for rendering honor and respect to those who said’I ‘ll go.’ ”

You can visit the Georgetown-Williamson County Veteran’s Memorial Plaza at 2 Texas Drive in Georgetown, TX. Individuals can also purchase a brick in honor of a veteran. Learn more about the memorial and the brick program by clicking here.

View a gallery of images from the ceremony below: