Sulfur Studios celebrates this month with its second annual curation, “Past Presence: Commemorating Juneteenth,” uniting the work of 14 Black artists from across the country. Selected work is both a reflection on the artists’ personal history as well as an insight into their navigation of the Black experience in America.

The studio also welcomes a new, June artist-in-residence with work featured in the show. Tiara Unique Francois from Dallas, Texas, is this month’s ON :: View Residency artist at Sulfur Studios. Francois plans to do a community-based project and is hoping to work with locals in her artistic mission.

Sulfur Studios offers a variety of ways to get involved celebrating Juneteenth and opportunities to get to know Francois and collaborate with her.

‘A magical time’:A history of First Friday in Starland and how it shaped Savannah’s hip district

Recent exhibitions:Samantha Mack is taking us’Through a Kaleidoscope’ with her masters thesis at Sulfur Studios

Francois grew up the eldest of six siblings. Her mother home schooled her family, which Francois thinks “opened her mind to see things in new ways.” From an early age, she learned that art and being an artist could be a career, a viable life path.

Francois graduated in May from the University of Texas at Arlington, having applied to Sulfur Studio’s ON :: View artist in residence program a few months prior as part of a senior class assignment. She had little expectation of being chosen.

“I applied and really just forgot about it, I mean, it was something I really wanted to do when I first read about it, but I didn’t want to get my expectations up too high,” recalled Francois. I think what I’m most looking forward to is the exchange and being in a new community and learning from people here. ”

Part of Francois’s time at Sulfur Studios entails creating new art, and she wants to work with the community to do that. She has a watercolor portrait booth and considers it perfect for connecting with people. 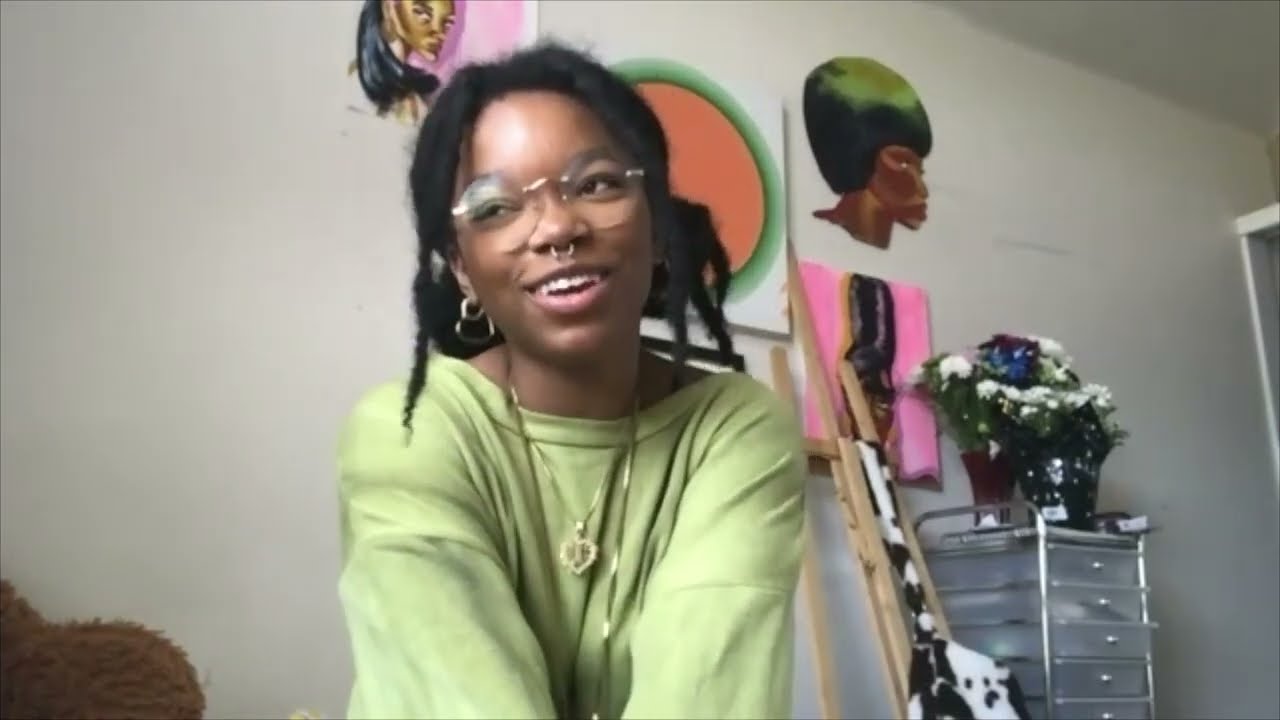 “I’ll be at the Tybee Juneteenth Celebration with an information booth about Sulfur and what I’m doing at the studio this month,” said Francois. “My goal that day is to paint or sketch a wide range of scenes and people at the beach, sort of like an art journalist, and just get to know more people. ”

Francois has three watermarks in the Juneteenth show, each drawing from scenes in her childhood. In one, an older sibling picks up a two-month-old-Francois for a kiss. In another, her parents grin in a portrait, “The Curries at Olan Mills. ”In the third, Francois as a toddler stands smiling in a white one-piece bathing suit in sandals and dark sunglasses.

“My work is mostly family-based at this point, and I want to continue to work in authenticity of my experience,” reflected Francois.

Recent On :: View resident:Timothy Harding aims to capture your attention with his On :: View Residency piece in Starland

“This year we asked a panel of jurors to be part of the selection process because we thought it important to have more eyes to curate the show,” said Earl. “And we wanted to open the conversation to a bigger pool of respondents and asked artists from around the country their response to Juneteenth. ”

By the end of March, the studio’s national call yielded 30 artist submissions, and some of the Savannah artists whose work showed last year were asked to be curators. Like, Antonia B. Larkin, whose work often features the Black female form in repose and at work.

“Juneteenth is important because it’s when the last of us were freed,” emphasized Larkin. “And it’s important for Black artists to share their stories about liberation and talk and create an opportunity to start a conversation, but in a way where all in the community are privy to it. I’m glad that Sulfur did a national call because it broadens perspectives on what this means, and you learn from new perspectives. ”

Though most artists selected are from places scattered across the US, Savannah resident, Napoleon Wilkerson, has in the show a large watercolor of three Civil War re-enactment soldiers riding into Galveston to announce the two-years’ late emancipation. t creating watercolor portraiture, Wilkerson works at Savannah Arts Academy where he’s taught art history and painting for 23 years.

“This show represents a significant time in history,” said Wilkerson. “My painting represents freedom and the courage and bravery it required to become free Americans, and that’s something that continues to require revisiting and talking about.” 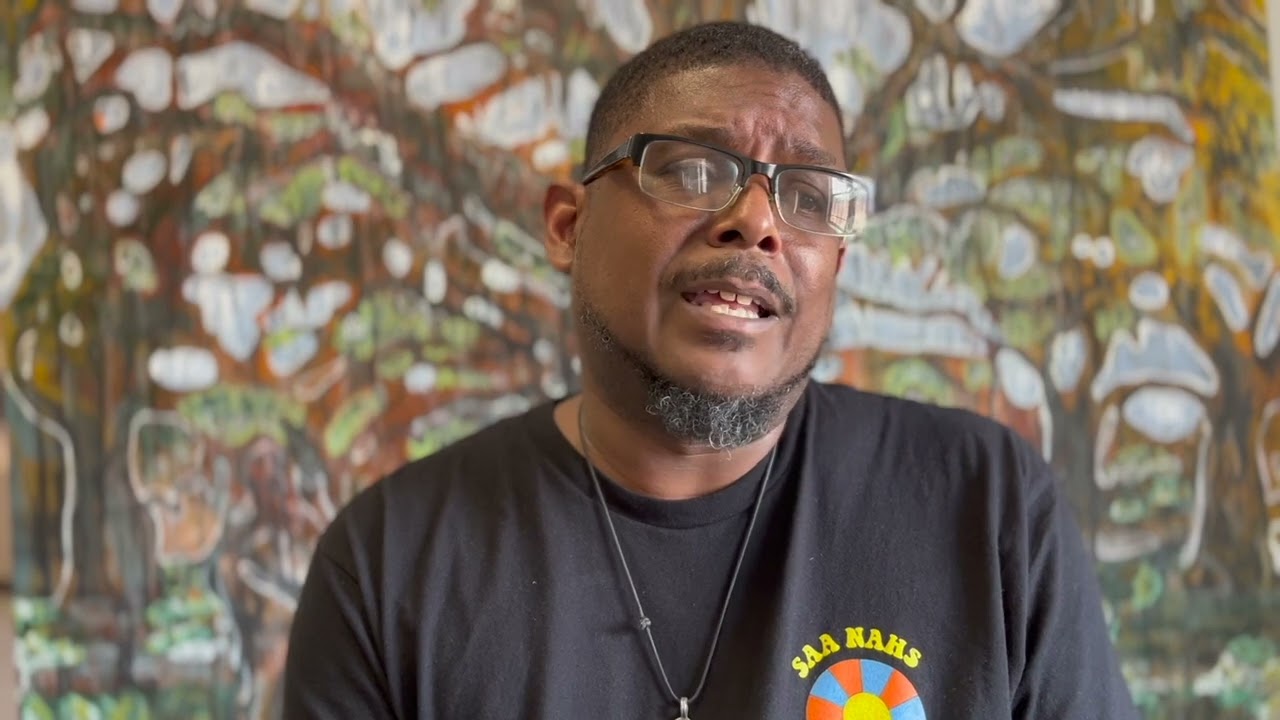 Lisa Jackson isn’t an artist. She’s the education coordinator at The African American Art Museum with a lifelong passion for African art and history. When she was asked to be part of the show’s curation, Jackson wasn’t sure she was qualified.

The studio assured her that her insight would be an important addition in putting the show together.

Maxine L. Bryant:This year, observe Juneteenth as a reminder that the living have a responsibility to keep living

“In reviewing the submissions, it was fascinating to see how artists from different cities and communities across the country interpreted the theme,” said Jackson. “There was history, hope, sorrow, great feeling, all combining past and present to interpret Juneteenth and Black freedom. This month is personally important because I am a person of African descent — my great grandparents were born just as slavery was abolished, so emancipation is very much a part of my history. ”

Sulfur Studios has opportunities for you to join the discussion through the end of the month. On Sunday, Tiara Francois represents the studio during Tybee Juneteenth Celebration — get your portrait drawn and learn how you can make art with her.

On June 25, you can also be part of Francois’s drawing workshop at the Bull Street studio space. Then on July 1, Francois wraps up her residency when she unveils her community art collaboration during Starland’s monthly First Friday event.

“It’s important to continue educating people on our country’s history,” said Earl. “Event though Juneteenth is recognized as national holiday, many people don’t know its significance. Through this show and artist residency, we think it’s important to open the lines. of communication about this period of American history and reproducing artists’ voices to be heard. ”

What: Past Presence: Commemorating Juneteenth

When: Throughout the month of June