Parade attendees including the South Royalton Town Band and Memorial Day Color Guard stand at attention near the Tunbridge Civil War Monument at Hoyt Memorial Park in Tunbridge before a community dedication ceremony.

A well-attended Memorial Day ceremony was held in Tunbridge, marking a return to relative normalcy after years of canceled ceremonies. Monday was the first time since 2019 that Tunbridge was able to proceed in the town’s traditional Memorial Day parade on a normal schedule, due to the COVID-19 pandemic.

According to Marc Leepson, renowned author of “An American Biography,” the storied tradition of Memorial Day was first observed by the name Decoration Day, during a formal ceremony at Arlington National Cemetery in Virginia. in the year 1868, where those in attendance gathered to honor the fallen in battle. Some 14 years later, in the year 1882, the Grand Army of the Republic then advocated to rename the annual holiday where communities may gather together to pay their mutual respect ..

Under a high, overcast sky, with a light breeze moving through the tree canopy across the verdant Tunbridge hills, many an American song verse was sung in tune, traditions recounted across generations. An intense bloom of seasonal flowers were flourishing in Hoyt Memorial Park in the village cemetery along Route 110. 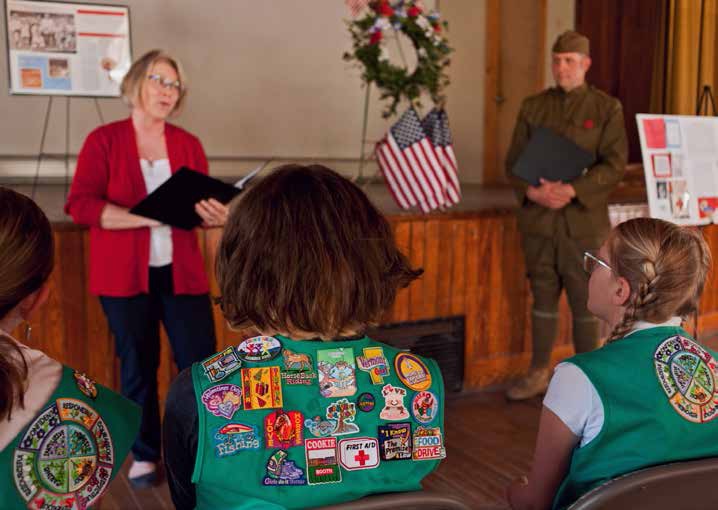 The day included many in traditional-period uniform from the Tunbridge Historical Society, recounting of community Red Cross efforts, and a reading of the Gettysburg Address during the dedication ceremony, organized by Elaine Howe.

In support of the town’s charitable organizations, a fundraiser was hosted by the Friends of the Tunbridge Public Library, followed by lunch organized by the Tunbridge Volunteer Fire Department, and free ice cream served by the Tunbridge Recreation Committee, including an opportunity to play cow- pie bingo after dessert at the fairgrounds. 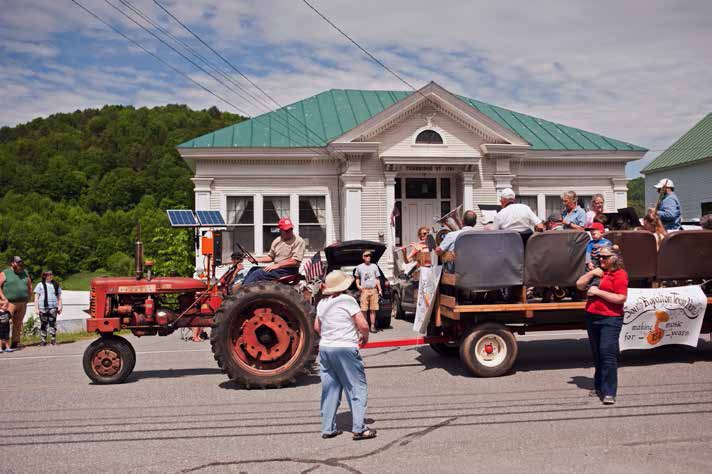 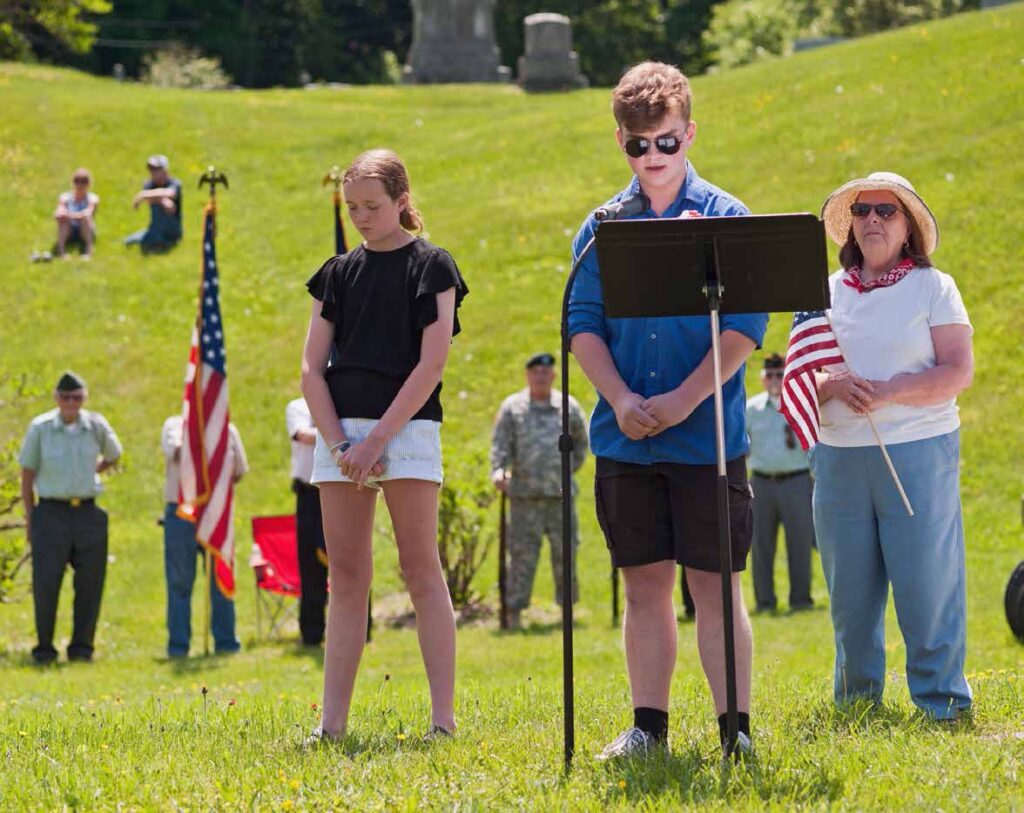 Alex Hoyt reads from the Gettysburg Address at Hoyt Memorial Park in Tunbridge during a Memorial Day dedication ceremony.